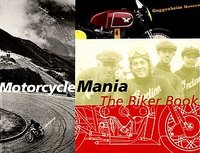 Motorcycle Mania: The Biker Book by Matthew Drutt (1998). Hell's Angels and RUBs (Rich Urban Bikers) - every class of biker is represented, along with all the attendant moto-culture ephemera and history: memorable scenes from classic biker designs, an illustrated motorcycle timeline showing a century's worth of killer bikes and contributions by such biker celebrities as Dennis Hopper, Guy Webster and Philippe Starck. 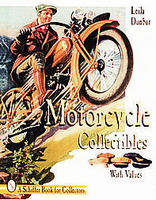 Motorcycle Collectibles by Leila Dunbar (1997). A cross section of the memorabilia and mementos of the past ninety five years of motorcycling is displayed and discussed in this fascinating book, everything from advertising art and photographs to dealer jewelry and motorcycle toys.

Hear Me Roar: Women, Motorcycles And The Rapture Of The Road by Ann Ferrar (1996) chronicles the world of women in motorcycling: the freedom, the independence, the excitement, the myths, the sensuality, the phenomenon. 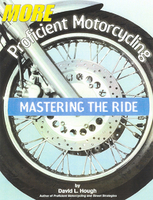 More Proficient Motorcycling: Mastering The Ride by David Hough (2003). For anyone who rides, reading this book will kick start the quest of mastering the ride.

Zen And The Art Of Motorcycle Maintenance by Robert Pirsig (1981) is a meditation on how to live better. Here is the book that transformed a generation: an unforgettable narration of a summer motorcycle trip across America's Northwest, undertaken by a father and his young son. 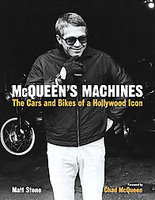 McQueen's Machines: The Cars And Bikes Of A Hollywood Icon by Matt Stone (2007). No other Hollywood star has been so closely linked with cars and bikes. It is this connection that McQueens Machines explores, giving readers a close-up look at the cars and motorcycles McQueen drove in movies, those he owned, and others he raced. 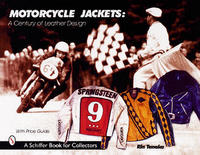 Motorcycle Jackets: A Century Of Leather Design by Rin Tanaka (2000). The leather motorcycle jacket is so much more than a coat; it's a mentality. Beginning in the early twentieth century, airplanes, automobiles, and motorcycles redefined freedom, idealized speed, and captured the hearts of men and women alike. 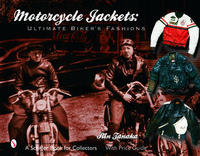 Motorcycle Jackets: Ultimate Bikers' Fashions by Rin Tanaka (2003). Motorcycle jackets have become a symbol of freedom for young people around the world. Since World War II, these jackets have come to embody their sense of design, belonging, and rebellion. Now Rin Tanaka continues his study of this fashion, delving deeply into its development. 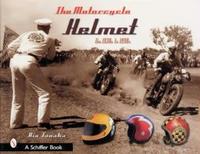 The Motorcycle Helmet: The 1930s To 1990s by Rin Tanaka (2002). The motorcycle helmet has encountered much resistance from bikers who cherish the sense of freedom they get when riding without one. At the same time, the design revolutions it has undergone since its introduction in the 1930s have made it as much a part of the motorcycle culture More...as the leather jacket. Here the whole history is traced, from the ancient beginnings in warriors helmets to the jet age molded plastic designs of the late twentieth century.