Suzuki motorcycle books include Suzuki history and racing heritage, plus dozens of manuals.

Suzuki started manufacturing motorcycles in 1952, the first models being motorized bicycles. During the 1950s, 1960s and the better part of the 1970s, the company manufactured motorcycles with two-stroke engines only. 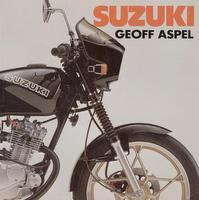 The Illustrated Motorcycles Legends: Suzuki by Roy Bacon (1996). Speed and agility are the marks of these great machines, known to have been demonstrated for years. 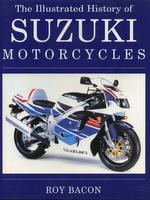 The Illustrated History Of Suzuki Motorcycles by Roy Bacon (1996) 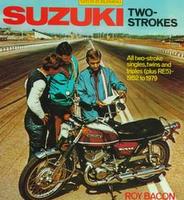 Team Suzuki: The Definitive Analysis Of The Factory's Roadracing Motorcycles by Ray Battersby (2008). Arguably one of the best motorcycle road racing stories ever told such is the depth of research and the detail revealed. Battersby, a gifted writer, captivates enthusiasts throughout.

Grand Prix Suzuki: A Behind-The-Scenes Record Of The Challenge For The 500cc World Championship by Chris Bennett & Michael Scott (1995). Grand Prix 500cc racing is the Blue Riband event in motorcycle competition. A comprehensive insight into the Grand Prix year from the inside.

Suzuki by Jeff Clew (1980). The history of a modern motorcycle manufacturer including it's diverse activities. Jeff Clew was able to visit the parent company in Hamamatsu, Japan, to experience the atmosphere and gain information first-hand.

Suzuki GSX-R: A Legacy Of Performance by Marc Cook (2005) explores the roots of the original GSX-R750 concept, its showroom and racetrack successes, and how its eye-opening performance, lightweight design and charismatic personality established a new market segment that Suzuki continues to define. 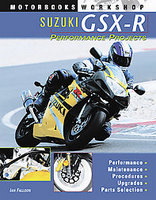 Suzuki GSX-R Performance Projects by Ian Falloon (2004). Suzuki's GSX-R series revolutionized the sport of motorcycling. While other manufacturers had dabbled with building high-performance motorcycles, the GSX-R series were the first motorcycles to bring state-of-the-art racing technology to the street. Suzuki's GSX-R is an icon, a modern day BSA Gold Star. It is a bike you can ride on the street or race at the track. The GSX-R is a bike ridden by champions and casual racers alike. This book provides the best single resource for improving the performance of these modern-day classics, whether for road use or for racing. 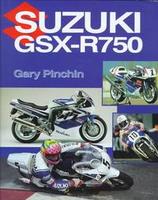 Suzuki GSX-R750 by Gary Pinchin (1997). Launched in 1985, the Suzuki GSX R750 has gained a reputation as one of the world's awesome superbikes. Here Gary Pinchin relates details of the bike's initial design and development, and the model changes following its introduction. Also covered in detail is GSX racing history, from the UK to the US, Le Mans to the TT. 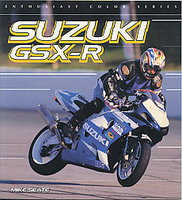 Suzuki GSX-R by Mike Seate (2003). In 1985 Suzuki brought the technology from its championship-winning Grand Prix motorcycles to the street in the form of the groundbreaking GSX-R series. For decades the Japanese manufacturers had built sporting motorcycles that were all motor and very little else. For the complete package-bikes that handled as well on a racetrack as they handled in a straight-line drag race-riders had to purchase ultra expensive, ultra exotic machinery from European manufacturers. In one lightning strike Suzuki changed that.

Suzuki GSX-R750 by Rob Simmonds (2002). This all-colour book looks at the behind-the-scenes development and evolution of the GSX-R road and race bikes, and at how the GSX-R started the 'Streetfighter' craze for bikes with straight bars and unfaired, bare frames. A full history of the GSX-R's racing career is provided, with details of the bike's endurance, World Superbike and F1 successes.

The Book Of The Suzuki: Motor-Cycle Care And Service Manual by John Thorpe (1972) 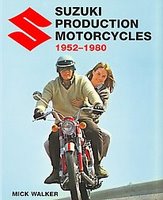 Suzuki Production Motorcycles 1952-1980 by Mick Walker (2006). The story of how Suzuki built its name during the all-important quarter century of the company, headed at various times by three generations of the Suzuki family, and went on to be one of the most important names in the motorcycle world. Mick Walker's book looks at the history of the company and of the bikes - large and small, successful and less-so - that it produced in the classic years before 1980. It is a feast of information and nostalgia that should be on the shelves of everyone who has ever owned a Suzuki.

Suzuki by Mick Walker (1993) presents a series of photographs from the RE5 rotary-engined motorcycle to Barry Sheene's GP machine and the F1 bikes from the 70s to the 90s. This book also features the high-performance GSXR series of sportsters, and contains a section devoted to the fun bikes and monkey variations.