My interest in classic American bikes first developed with the release of that wonderful movie with the Harley Davidson chopper motorcycles 'Easy Rider' in (by the time it got to the UK) the early '70s and it inspired me to go off and build my first and only chopper motorcycle.


Harleys were in short supply at the time and I used a Honda CB750 - 4 K1 as my donor motorcycle - It was a great bike to ride, but I was never really comfortable with the feet forward riding position, so it wasnt long before I sold it for something new. The big attraction for me of the American bikes is that big old vee twin engine and nothing quite beats the sound of that. Although not particularly fast, the low seating position suits my little legs down to the ground and although I havent owned an American motorbike for some years, I know Im not done with them yet and sooner or later, Ill get to own another one If only for the mystique and that wonderfully unforgettable exhaust note.

Currently I have a yearning for a 1950s Indian Chief or Indian Scout, preferably in red, so if anyone has one for sale, either in an unrestored or restored condition, please let me know. 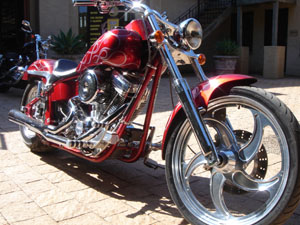 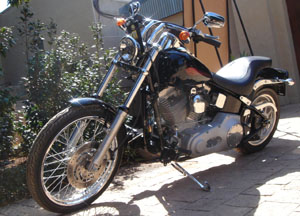 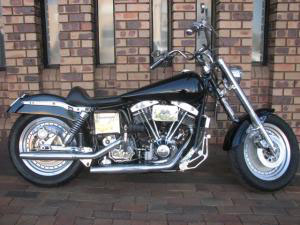 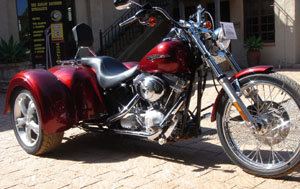 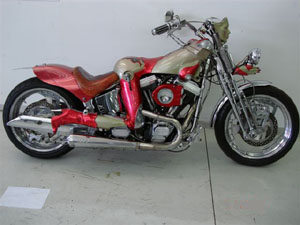 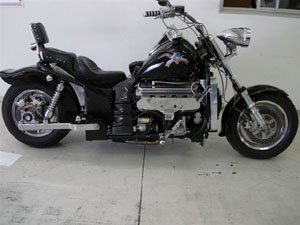 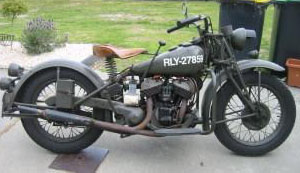 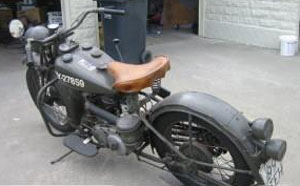 Return from American Bikes To Classic Motorcycles For Sale