BMW Racing Motorcycles: The Mastery Of Speed by Laurel Allen & Mark Gardiner (2008) is the intriguing story of one of the world's most admired and enduring motorcycle companies, and how their fortunes were molded by a determination to win races.

BMW Motorcycles: The Evolution Of Excellence by Kevin Ash (2006) is the fascinating story of one of the world's most admired and enduring motorcycle companies. Early in the last century, driven by an obsession for quality and reliability, BMW applied the knowledge gained from its manufacture of airplane engines to build a breed of motorcycles that aimed a notch above the crowd. 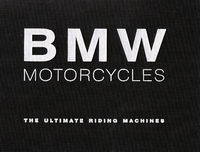 BMW Motorcycles - The Ultimate Riding Machines by Kevin Ash (2006). BMW motorcycles stand for motorcycling in it purest form. This book is a celebration of a 77-year tradition of technological innovation and physical beauty.

BMW The Illustrated Motorcycle Legends by Roy Bacon (1994) tells the story of BMC motorcycles, their conservative progress linked to radical design in words and pictures, many in colour. 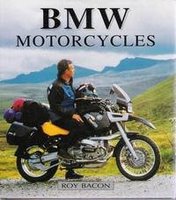 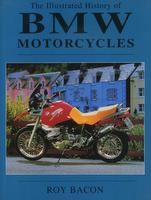 The Illustrated History Of BMW Motorcycles by Roy Bacon (1995)

The Story Of BMW Motorcycles by Robert Croucher (1982) is a collection of historical record, anecdote, reflection and commentary. 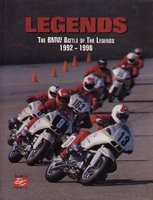 Legends: The BMW Battle Of The Legends, 1992-1996 by Don Emde (1997) chronicles each of nine events in the series known as The BMW Battle of the Legends, as well as providing a look back at the illustrious racing careers of each of the 23 racing legends.

The BMW Story: Racing And Production Models From 1923 To The Present Day by Ian Falloon (2004) is the full story of the entire BMW road and racing machines, and the people who designed them, including classic machines such as the Kompressor, RS54, R69S, R90S, and R100RS, as well as the latest R1150 and K1200. 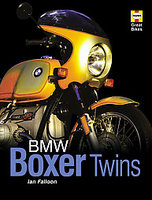 BMW Boxer Twins by Ian Falloon (2004). For nearly 80 years, shaft-drive boxer twins have traditionally formed the backbone of the BMW motorcycle line-up. For many enthusiasts of the Bavarian marque the classic BMW twin was the R90S of 1973-76. 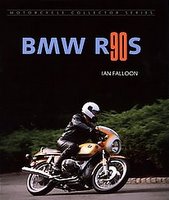 BMW R90S by Ian Falloon (2006). Although in production for only three years, the R90S was the most significant post-war production BMW motorcycle. 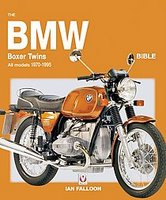 BMW: The Bavarian Motor Works by Michael Frostick (1976). The story from the early Decauvilles to the latest 300 range motor cars including much competition material and photos of BMW motor cycles from 1923 to 1975. 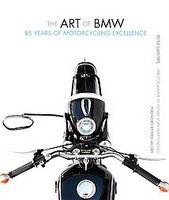 The Art Of BMW: 85 Years Of Motorcycling Excellence by Peter Gantriis (2008). Brilliant, full-colour photographs of BMW's classic models and detailed descriptions of their features, all located within the context of a concise history of this legendary marque.

BMW GS: The Essential Buyer's Guide by Peter Henshaw (2008). You'll discover all you need to know about the GS you want to buy. A working step-by-step through the bike's strengths and weaknesses. This book's unique points system will help you to place the bikes value in relation to condition whilst extensive photographs illustrate the problems to look out for. 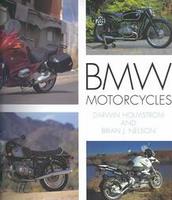 BMW Motorcycles by Darwin Holmstrom (2002) covers the entire history of BMW motorcycle production, from the original R32 of 1932, through the war years, and into the twenty-first century. 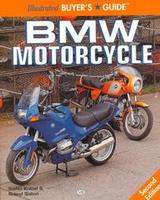 BMW Motorcycle: Illustrated Buyer's Guide by Stefan Knittel (1996) includes all models of the popular and collectible BMW motorcycles including the R and K series.

BMW R75 In Detail BMW R75 WWII Motorcycles With Sidecar From Vladimir Lehar Private Collection by Frantisek Koran (2002) is a photo manual for modellers or restorers.

BMW Story: A Company In Its Time by Horst Monnich (1991) is the story of BMW's foundation and progress of the Bavarian Motor Works from 1916. 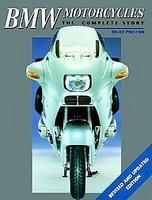 BMW Motorcycles: The Complete Story by Bruce Preston (1997). Fully revised and updated, this work covers all of BMW's consistently acclaimed machines, from the boxer twins of the 1920's to the exciting K and R series, and new concept designs for the next century. Filled with a complete BMW company history and detailed technical analysis of the machines. 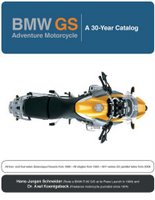 Bahnstormer: The Story Of BMW Motorcycles by L J Setright (1977). An excellent history of the origin and development of the BMW motorcycle. Begins with the first design in 1923, takes the reader through the company's ups and downs, management successes and disasters, includes lots of great B&W photos, diagrams, charts, performance specs, design information and much more.

How To Restore Your BMW Motorcycle Twins 1950-1969 by Roland Slabon (1994). Whether a project consists of a complete, frame-up restoration or simply verifying details of a near-complete bike, this books will provide the accurate information enthusiasts demand. It offers thorough coverage of engines, suspensions, electrical systems, brakes, and details such as trim and accessories. 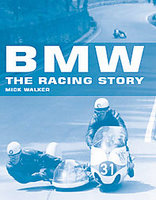 BMW: The Racing Story by Mick Walker (2004). The BMW racing story is a fascinating tale of persistence and reward. Though initially unsuccessful in competition, the flat-twin-powered BMW motorcycle was steadily developed until it became a machine to be reckoned with. 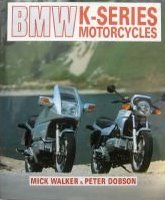 BMW K-Series Motorcycles by Mick Walker (1989). Written with Peter Dobson. This is the definitive book of the BMW K-Series, written with the full backing of BMW Munich. It traces the new model's history and development using much new material.

BMW Twins: The Complete Story by Mick Walker (1998). In this comprehensive and well-written chronicle, Mick Walker, an authority on European motorcycles, tells the whole history of the manufacturer's production of these 'Twins'. All road and racing bikes, including models used by the military and police, are covered with complete specifications.

BMW by Hugo Wilson (1998). Featuring world-famous motorcycles from the early 1920s to the present day, BMW is the ideal pocket-sized guide for identifying these legendary bikes. 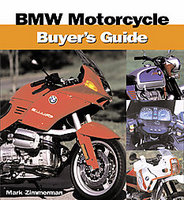 BMW Motorcycle Buyer's Guide by Mark Zimmerman (2003). Whether an owner, prospective buyer, or simply a fan of these magnificent motorcycles, this book provides all the necessary details and information for evaluating and purchasing BMW motorcycles.

Check for the manual you need from dozens of BMW Motorcycle Manuals here.