Royal Enfield was the brand of the Enfield Cycle Company, a British engineering company, notable for producing motorcycles. 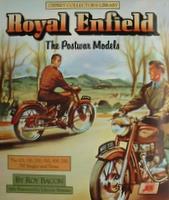 Royal Enfield Motor Cycles: A Practical Guide For Owners And Repairers by C A Booker (1948) 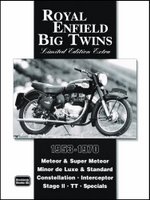 The Story Of Royal Enfield Motor Cycles by Peter Hartley (1981). The origins of the Enfield Cycle Company were in the manufacture of needles and, later,of parts for guns. The story of how this concern developed to produce motor cycles and how these machines became respected throughout the world of trials riding is one which is full of interest. 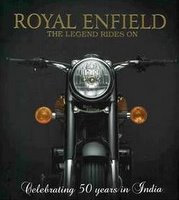 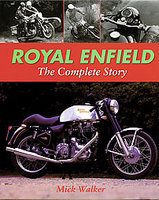 Royal Enfield: The Complete Story by Mick Walker (2003). The firm of Royal Enfield was one of the best-known names of the British motorcycle industry, but curiously its products have never received the adulation bestowed on the products of Triumph, BSA and others. In this complete history, top motorcycle authority Mick Walker shows that there was, in fact, much for the Redditch-based firm to be proud of, in the shape of good-looking, innovative machines that inspired a generation. And what other company can boast a model still in popular production sixty years after its launch?