Velocette is the name given to motorcycles that were made by Veloce Ltd, in Hall Green, Birmingham, England.

Velocette Saga: The Story Of A Great Motorcycle by C E Allen (1994)

Always In The Picture: A History Of The Velocette Motorcycle by R W Burgess (1980). Written with Jeff Clew. This book begins by tracing the complex origins of the firm before describing the development of the principal models in chronological order. 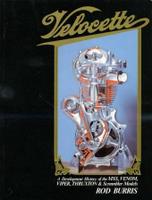 Velocette: A Development History Of The MSS, Venom, Viper, Thruxton And Scrambler Models by Rod Burris (1982). Velocette - a name which epitomises the British approach to motor-cycle design - developed the Venom and Viper models in the 1940s up to production in the mid-fifties. These classic motorcycles further evolved into Scramblers, Endurance Specials, Clubman and ultimately the Thruxton models. This book follows this story and includes chapters on technical appraisal and evolution of the engine, the transmission and the cycle parts.

KSS Velocette by Jeff Clew (1984). Superb race and track heritage including those famous TT wins in the late 1920s.

The Book Of The Velocette: All Twin And Single-Cylinder Models Up To 1962 by Leigh Ferrers (1963)

The Book Of The Velocette: A Guide For Owners And Prospective Owners Of The LE And Valiant Twins And The Single Cylinder Models Up To 1958 by Leigh Ferrers (1959)

My Velocette Days by Leonard Moseley (1974)

Velocette: Technical Excellence Exemplified by Ivan Rhodes (1990). The author has not only painstakingly assembled the history of the machine's development and competition successes, but also the story of the people behind the marque.

Velocette: Production Motorcycles by Mick Walker (2006). Velocette is one of the most respected names in the history of the motorcycle. Though not as numerous or as successful, as some machines, the motorbikes produced by the Veloce company in Birmingham command a special respect and an extremely loyal following, and machines such as the KTT and Thruxton are among the most desirable classic bikes you can buy today. 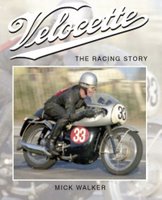 Velocette: The Racing Story by Mick Walker (2008). In 1961, a production 500cc Velocette Venom Clubman Veeline achieved a world record, twenty-four hours at a speed of 100.05 mph. It was the first motorbike of any size to perform the feat, and to this date no other motorbike of comparable size has equalled or bettered its record. It was the culmination of almost fifty-five years of technological excellence from the Birmingham factory, a time that had seen the company win both the Junior and Senior TT numerous times, as well as many other races throughout Europe and the UK.