The Chevrolet Chevelle was a mid-sized Chevrolet automobile produced from 1964 through to 1973. 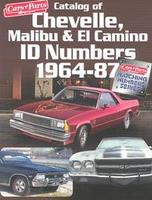 Catalog Of Chevelle, Malibu & El Camino ID Numbers 1964-1987 by Cars & Parts Magazine (1993) has all the essential information you will need to properly decode the driveline, trim, colour and options for your Chevelle purchase. 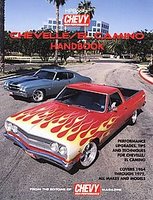 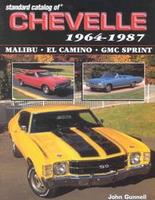 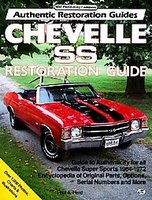 Chevelle SS Restoration Guide 1964-1972 by Paul Herd (1992). Get all the details exactly right on engines, frames, suspension, exterior, interior and more. Includes all the vital numbers to assure authenticity, including original parts numbers.

Chevelle by Bill Holder & Phillip Kunz (1998). This full-colour gallery features Chevelles ranging in vintage from 1964 through 1976. The story behind Chevelle development, production and evolution helps explain helps explain the rampant popularity that today translates into a thriving interest among collectors.

Chevrolet Chevelle And Monte Carlo 1964-72 by James Moloney (1986) is a model-by-model photographic history of the classic Chevelle, Super Sports and Monte Carlo. 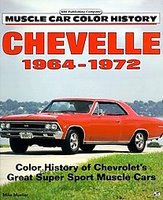 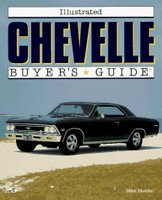 Illustrated Chevelle Buyer's Guide by Mike Mueller (1995). It begins with the first Chevrolet SS models in 1964 and goes all the way through the SS Chevelle's last year, 1973. Chevy's SS 396 was America's most popular muscle car in 1968. The SS454 and the small-block varieties are also featured. 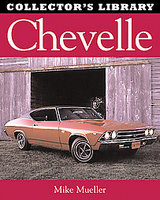 Chevelle by Mike Mueller (2002) was previously published as the 'Illustrated Chevelle Buyer's Guide'.

Original Chevelle: 1964-1972 by Jim Schild (2005). The abundance of information, serial and engine numbers, paint codes, trim, options and technical tips, featured here are essential to enthusiasts interested in achieving an authentic restoration. The author's expert advice is sure to help readers avoid the pitfalls that can often ruin an otherwise successful restoration.

Check for the manual you need from many Chevrolet Chevelle Manuals