The Chrysler Imperial, introduced in 1926, was the company's top of the range vehicle for much of its history. Models were produced with the Chrysler name until 1954, and again from 1990 to 1993.

Chrysler And Imperial: The Postwar Years by Richard Langworth (1976) 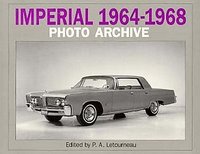 Imperial 1964-1968 Photo Archive by P A Letourneau (1995). An exciting collection of factory, studio and period on-the-street photos of Chrysler's prestigious Imperial. Designed by Elwood Engel, creator of the 1961 Lincoln Continental, the 1964 Imperial brought an end to tail fins, while setting company sales records. A fascinating look at the style-setter of the sixties. 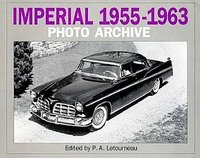 Imperial 1955-1963 Photo Archive by P A Letourneau (1995). A fascinating look at Chrysler's prestigious Imperial during its most popular period. Here are the stately designs of 1955-56: the fins, push-button transmissions, & other doo-dads of 1957-63. This is Imperial when it truly was imperial. 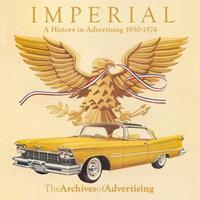 Chrysler Imperial: A History In Advertising 1950-1974 by William McBride CD ROM (2001). Magazine and newspaper ads for the top-of-the-line Chrysler, including limousine ads and the biggest fins of any car ever made. This CD-ROM contains a browsable collection of ads carefully scanned from original magazines and newspapers. 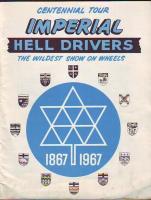