Pontiac Firebird car books include the history, production and design of the Firebird.

The Pontiac Firebird was built by the Pontiac division of General Motors between 1967 and 2002.

Firebird by Richard Carlyon (1984). Story of the Pontiac sports car fully illustrated in colour and black and white. 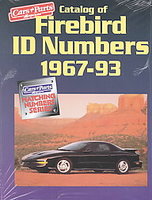 Pontiac Firebird: The Auto-Biography by Marc Cranswick (2007). In definitive detail, the full international story of Pontiac's Firebird coupe and convertible during three decades of production. 2.5 million Firebirds have been sold around the world since 1967! Coverage includes Trans-Am, Esprit, SE, Formula & Trans-Am GT. 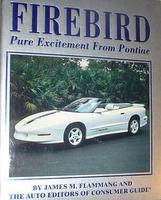 Firebird Pure Excitement From Pontiac by James Flammang (1999). The Pontiac Firebird from the 1967 Sprint to the 1994 25th Anniversary Trans Am. 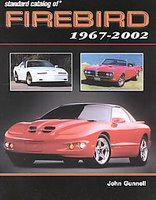 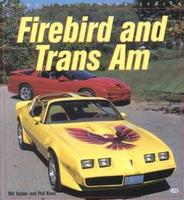 Firebird And Trans Am by William Holder (2002). This full-colour history chronicles Pontiacs Firebird and Trans Am from 1967 to today. 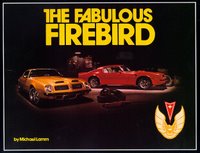 The Fabulous Firebird by Michael Lamm (1980). A history of the Firebirds. Includes Trans Am and factory racing, year to year changes, limited and high performance powerplants. Complete engine and driveline specifications, option list and much more. 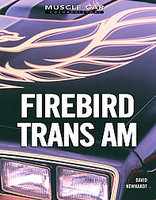 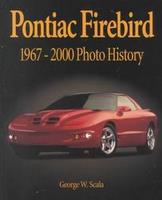 Pontiac Firebird 1967-2000: Photo History by Geirge Scala (2000). This exciting history delivers an informative text accompanied by detailed photographs that guide you through the life of the Firebird, from the first models in 1967 to the new 2000 models. Contains engine specs and photos of clay models showing design elements, plus all the high points in Firebird's history. Production line-up models are featured, including the XP-833, Firebird, Esprit, Formula, and of course, the extremely popular Trans-Am. 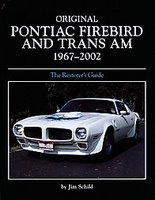 Original Pontiac Firebird And Trans Am 1967-2002: The Restorer's Guide by Jim Schild (2007) details the Firebird's long and illustrious career. With high-quality, detailed colour photographs of some of the finer models - both originals and faithful restorations - the book is at once a unique history and a restoration guide to all four generations of the Firebird.

Firebird: America's Premier Performance Car: The Complete History 1967-1973 by Gary Witzenburg (1982) depicts the most memorable Firebirds ever produced. Hundreds of never before published drawings of concept cars. A comprehensive reference on every Firebird ever built.

Pontiac Firebird by Nicky Wright (1995). Illustrated with colour photographs, many of them from Pontiac's assembly line and company museum, this book describes the history and development of the Pontiac Firebird, one of the greatest and most powerful American sports cars from the era before engine size was limited by legislation. It takes an illustrated tour around the various classic models still in use today.

Check for the manual you need from many Pontiac Firebird Manuals