The Lincoln Continental was an automobile produced by the Lincoln division of Ford Motor Company between 1939 and 2002. 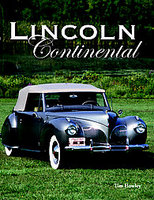 The Lincoln Continental by Ocee Ritch (1974) 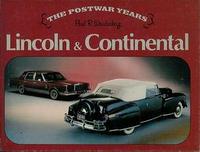 Lincoln & Continental The Postwar Years by Paul Woudenberg (1980). From its tenuous 1946 market postion Lincoln faced formidable competition: Chrysler, Packard, and of course, Cadillac. But not only did Lincoln survive, it rose to preeminence in the luxury personal car field. This is the background for the author's engrossing product history of these great cars. This book covers the extensive market research that went into the 1968 introduction of the stunning Mark III, also covers prototypes, specials and the limousines.

Check for the manual you need from many Lincoln Continental Manuals