Nash car books cover the history and development of the Nash automobiles.

Nash Motors was an automobile manufacturer based in Kenosha, Wisconsin, from 1916 to 1938. From 1938 to 1954, Nash was the automotive division of the Nash-Kelvinator Corporation. Nash production continued from 1954 to 1957 after the creation of American Motors Corporation. 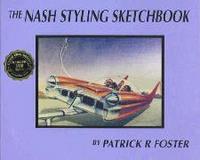 The Nash Styling Sketchbook by Patrick Foster (1998). Nash automobile styling was always different from the rest of Detroit. It was unique and boldly imaginative. Historian Patrick Foster interviewed former Nash stylists to compile this fascinating and well-illustrated photo history of Nash concept cars, styling studies and prototypes. There are also chapters on Nash stylists and what Nash's would have looked like in future years.

Nash 8 Twin Ignition Volume 15, No.2 by Beverley Kimes (1977). Automobile Quarterly. Describes the history of the Nash, with the background on its origin and the fact its quality was not fully appreciated. 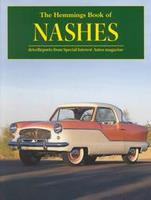 The Hemmings Book of Nashes by R A Lentinello (2002). From Nash's distinctive prewar models such the Special 8 convertible to the lovable Metropolitan, this book examines more than a dozen Nash examples from 1929 to 1962.

Nash Technical Handbook On Wheel Alignment (c.1947) An interesting manual for wheel balancing on post-war Nash motor vehicles. It was originally intended for garage mechanics and has detailed drawings and technical specifications.

1949 Nash Airflyte: The Ambassador, The Statesman

Advertisements for Nash Automobiles Many years and Nash models.

Nash Present The World's Most Modern Cars - The 1951 Nash Airflytes 1950 Product brochure featuring the Ambassador, Statesman & Rambler Models. Full inside and outside shots and descriptions, with full specifications to rear panel.

For the classic Nash LaFayette car books, go to....