Packard car books cover the history and development of the Packard automobiles.

Packard was an American luxury automobile marque built by the Packard Motor Car Company of Detroit, Michigan, and later by the Studebaker-Packard Corporation of South Bend, Indiana. The first Packard automobiles were produced in 1899 and the last in 1958. 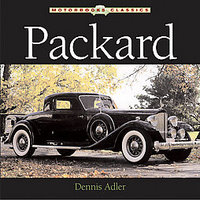 Packard by Dennis Adler (2004). Foreword by Jay Leno. The author delivers the complete history of this magnificent marque, from Packard's first Model A horseless carriage of 1899, to the company's final days in 1958. Archival black-and-white photographs, stunning new colour photos, and a thorough and well-researched text guide you through Packard's stylish lineup. 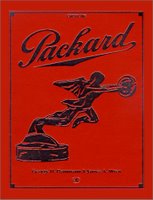 Packard by George Dammann (1996) provides the definitive reference for the Packard enthusiast. Filled with 1,200 historic photographs from Packard archives.

The Packard 1942 - 1962 by Nathaniel Dawes (1975) is the definive history of the Packard company, and the cars it produced, covering the period from the early years of World War II to the firm's demise. 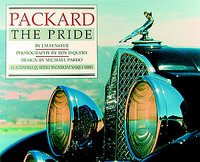 Packard: The Pride by Julie Fenster (2002). A celebration of the Packard Motor Car Company, reflected in 32 Packard cars, from an 1899 Model A to a 1956 Caribbean - the cars tell the story of the company while colour photography and careful research tell the story of each car.

Packard History in Ads 1903-1956 by Gwil Griffiths (1970). Packard was a consistent advertiser in the Saturday Evening Post from 1903 until 1956. Colour was introduced into the ads in 1926 by Austin Bement, Inc. This advertising agency was responsible for the fine art paintings and beautiful car renderings that were used in Packard advertising during the mid-twenties and early thirties.

Packard Advertising Highlights 1900-1956 by Gwil Griffiths (1973). From the very first ad in 1900 for the Packard Gasoline Automobile from Ohio Automobile Company to the 1956 ad for the Packard Twin Traction - and many ads in-between. 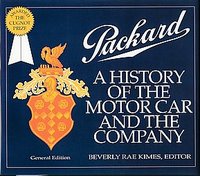 Packard: A History Of The Motor Car And The Company by Beverley Kimes (1978). A monumental chronicle of the Packard motor car and the men who made its name an emblem and international byword for taste and refinement in automotive design and engineering.

Packard: A Chronology Of The Company, The Cars And The People by Robert Marvin (1994) is told year by year and often month by month. With special emphasis on the importance of illustrations, more than 237 photographs have been used and most are full page size. A large data base of actual Packards supports the 456 page text, and there is a Notables section featuring the biography of 170 Packard personalities.

Packard 1899-1942 by H A Mueller (1973). A presentation of the full history of America's most famous motor car. Illustrated with pictures of every model manufactured and including many reproductions of old advertisements. 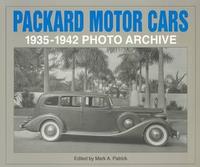 Packard Motor Cars 1935 - 1942 Photo Archive by Mark Patrick (1996). Shown are the twelfth to nineteenth series Packards, including the 115, Packard's first 6-cylinder car in nearly a decade, the 120, 160, 180 and the last of the fabled 12-cylinder Packards. Many unpublished photos from the collection of the National Automotive History Collection of The Detroit Public Library. 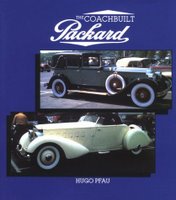 Packard: Ask The Man Who Owned One: The Life And Times Of That Proud Car That Became A Way Of Life Among The American Gentry by Otto Schroeder (1974) highlights Packard's halcyon years by reproducing an extensive and thoughtful selection from this remarkable advertising propramme which engaged the best talents in the great agencies.

Packard: The Complete Story by Michael Scott (1985) recounts with resounding clearness the history of the Packard Motor Car Company from its creation in 1899 to its final disappearance in 1959. Includes out the company's successes and its failures. The book includes many beautiful pictures and a number of reproductions of documents.

The Packard Story: The Car And The Company by Robert Turnquist (1965) traces the birth, development and demise of the Packard Company. He writes with ease and knowledge and has even included tips and hints for the restoration of classic Packards. Still one of the best presented and most respected histories on the Packard Motor Company. The foundation of any Packard bookshelf.

Check for the manual you need from many Packard Manuals