Chrysler 300 car books cover the history of this Chrysler model plus workshop manuals. 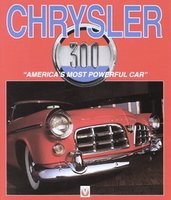 Chrysler 300: America's Most Powerful Car by Robert Ackerson (2004). From C-300 to 300L is the full story of Chrysler's famous 300 Letter series, which were produced between 1955 and 1965. In 1951 Chrysler produced its first ever V8 engine - the 'Hemi Head', which produced much more power in relation to its capacity than any of its competitors could manage. In 1955 the new 300 horsepower Chrysler C-300 was launched as America's Most Powerful Car. 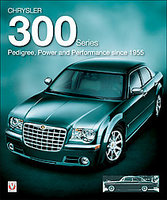 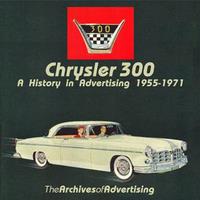 Chrysler 300: A History In Advertising 1955-70 by William McBride CD ROM (2001) covers both the letter cars and the non-letter cars through 1970. This CD-ROM contains a browsable collection of ads carefully scanned from original magazines and newspapers. The ads are searchable by year and model of product and can be viewed on any computer.